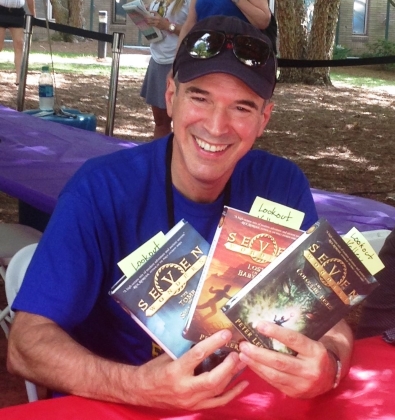 Peter Lerangis is the author of more than 160 books, which have sold more than 5½ million copies and been translated into 33 different languages. These include nine New York Times Bestsellers: all five books of The Seven Wonders series (The Colossus Rises, Lost in Babylon, The Tomb of Shadows, The Curse of the King, and The Legend of the Rift); all of his contributions in the The 39 Clues series (The Sword Thief; The Viper’s Nest; and Vespers Rising , which was co-authored with Rick Riordan, Gordon Korman, and Jude Watson); and The Dead of Night, Book 3 in The 39 Clues: Cahills Vs. Vespers series.