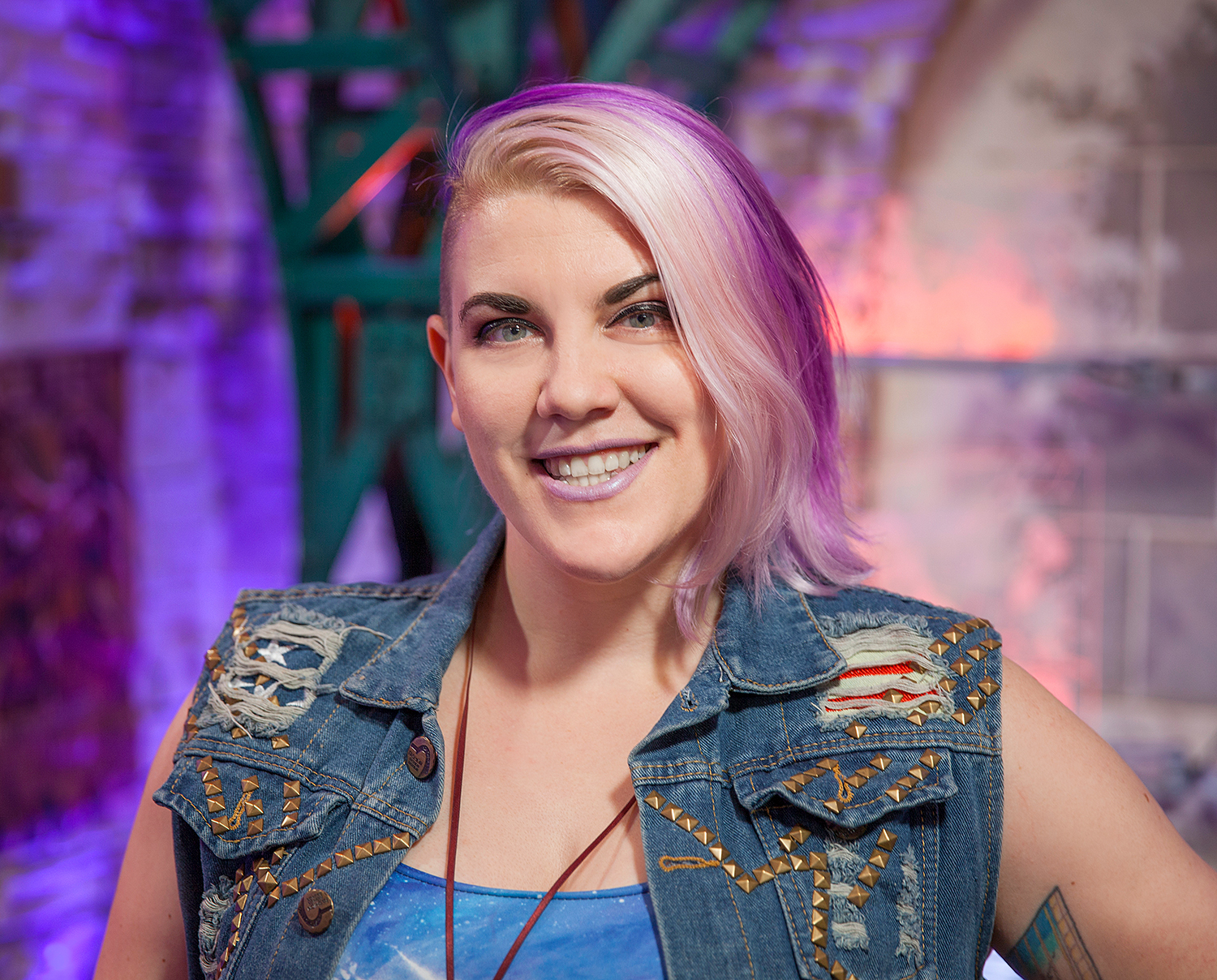 Judith Stephens is a producer, cosplayer and world traveler, with ever changing rainbow hair color. Born in Detroit, she moved to New York City in 2003 to attend college and fell in love with the city. While at Parsons, studying photography, she discovered anime and cosplay through attending conventions. Since then she has attended over 100 conventions across the US and Internationally as staff, photographer and cosplayer, plus cosplayed over 25 characters, including Captain Marvel. As a Producer, Judith worked at Marvel for 15 years where she created series like Marvel Becoming and the Women of Marvel. A proud Queens resident, where she lives with her two cats, she spends her free time dining & traveling with friends, doing puzzles, working out, cycling, and catching up on the newest documentary series. Judith is currently the host and producer of the Women of Marvel podcast.