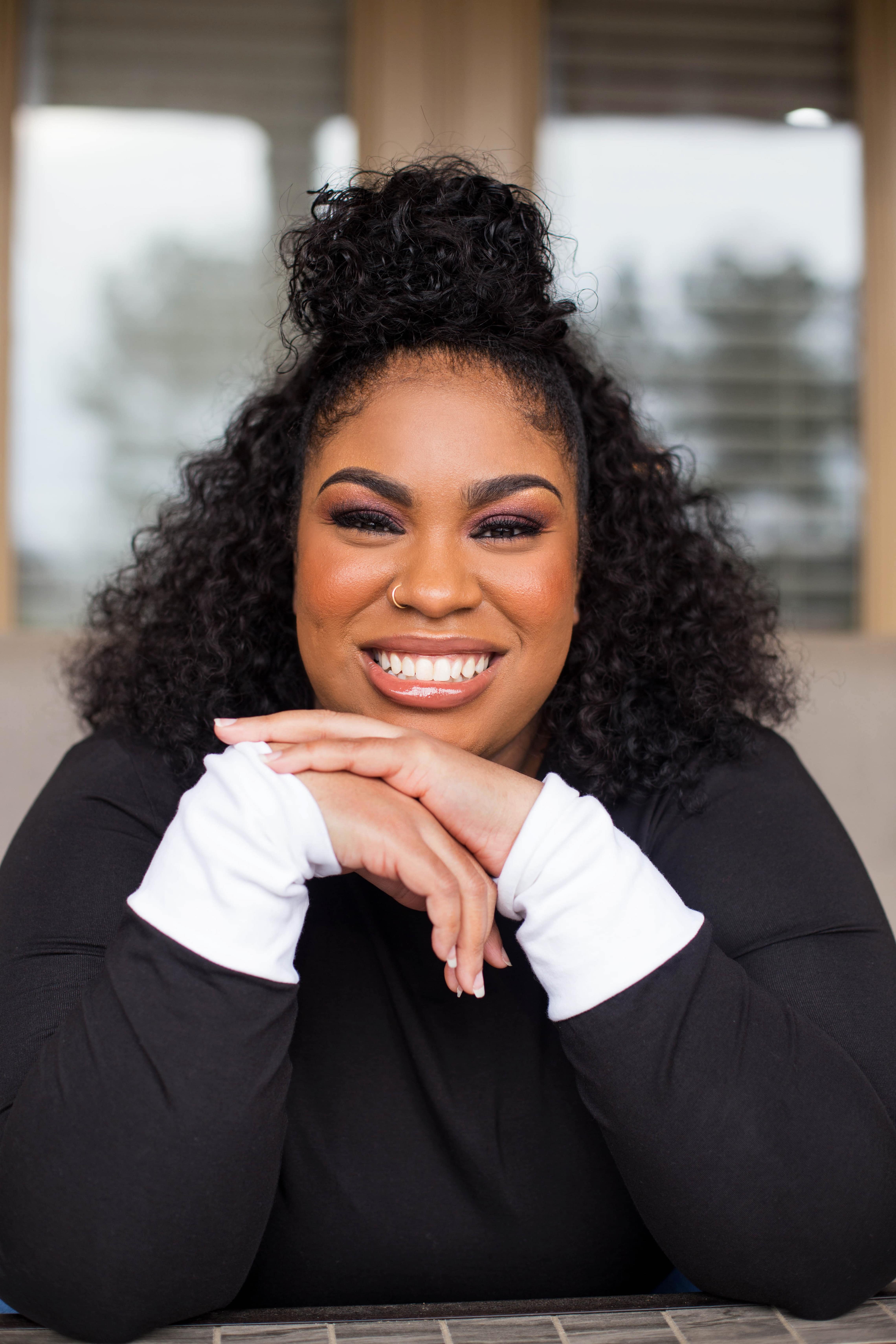 Angie Thomas was born, raised, and still resides in Jackson, Mississippi, as indicated by her accent. She is a former teen rapper whose greatest accomplishment was an article about her in Right-On Magazine. She holds a BFA in Creative Writing from Belhaven University and an unofficial degree in Hip Hop. She can also still rap if needed.

Angie is an inaugural winner of the Walter Dean Myers Grant 2015, awarded by We Need Diverse Books. Her debut novel, THE HATE U GIVE, started as a senior project in college. It was later acquired by the Balzer+Bray imprint of HarperCollins Publishers in a 13-publisher auction and debuted at #1 on the New York Times bestseller list, winning the ALA’s William C. Morris Debut Award and the Boston Globe-Horn Book Award (USA), the Waterstones Children’s Book Prize (UK), and the Deutscher Jugendliterapreis (Germany). THE HATE U GIVE was adapted into a critically acclaimed film from Fox 2000, starring Amandla Stenberg and directed by George Tillman, Jr.

Angie’s second novel, ON THE COME UP, is a #1 New York Times bestseller as well, and a film is in development with Paramount Pictures with Angie acting as a producer. In 2020, Angie released FIND YOUR VOICE: A Guided Journal to Writing Your Truth as a tool to help aspiring writers tell their stories. In 2021, Angie returned to the world of Garden Heights with CONCRETE ROSE, a prequel to THE HATE U GIVE focused on seventeen-year-old Maverick Carter that debuted at #1 on the New York Times bestseller list.