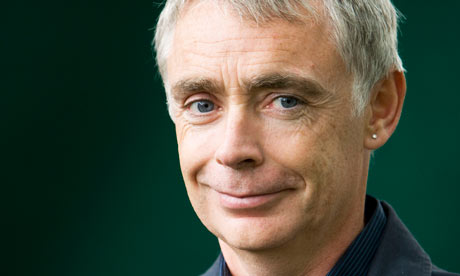 Eoin Colfer (pronounced Owen) was born in Wexford, Ireland in 1965, where he and his four brothers were brought up by his father (a school teacher, historian and artist of note) and mother (a drama teacher). He first developed an interest in writing in primary (elementary) school with gripping Viking stories inspired by history he was learning in school at the time!

His first book, Benny and Omar, was published in 1998, based on his experiences in Tunisia. In 2001 the first Artemis Fowl book was published and he was able to resign from teaching and concentrate fully on writing. The Artemis Fowl series has since sold over 20 million copies worldwide and is now concluding with the final book The Last Guardian.

Wristbands for Eoin’s signing at 3 p.m. on Saturday will be given out at the Middle Grade Storyball at the Charleston Music Hall at noon. Limited to 100 people.